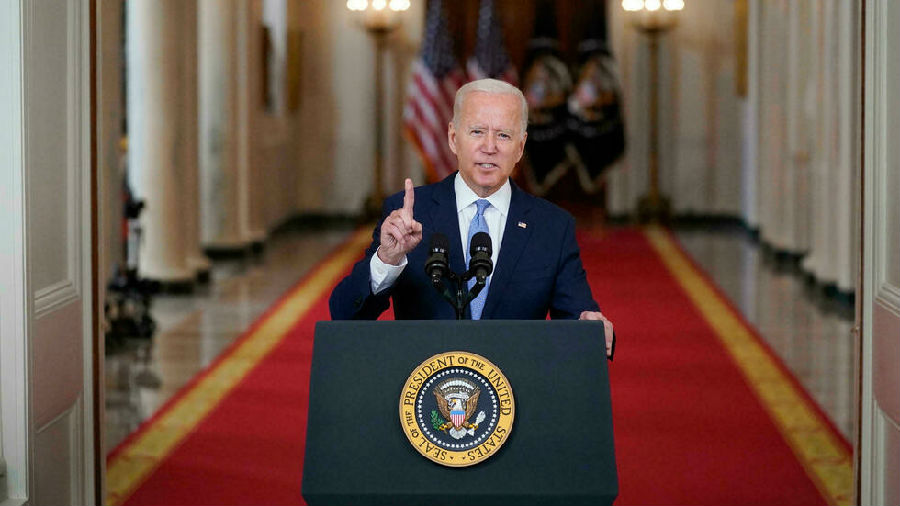 But the Republican leader in the Senate, Mitch McConnell, said the United States was now less safe and Americans were stranded behind enemy lines. Up to 200 Americans remain in Afghanistan. The White House Press Secretary Jen Psaki said the U.S. had great bargaining power with the Taliban which it could use to try to get the Americans out. "We have enormous leverage over the Taliban, including access to the global marketplace; it's not a small — that's not a small piece of leverage. And in order to gain access to the global marketplace, we're going to be watching closely, as will the global community. I would note that, yesterday, the U.N. Security Council also signed a — passed a resolution that made clear to what the expectation is, in terms of safe travel and evacuation — or departure, I should say, of individuals who want to leave Afghanistan. And nearly half of the countries in the world have also signed on a sta- — to a statement making clear that is the expectation."

A report in the United States suggests the Treasury Department has authorized government agencies and partners to continue to facilitate humanitarian aid in Afghanistan. The Reuters news agency quotes an unnamed official at the Treasury, saying the humanitarian assistance is designed to help people of Afghanistan and it's not going to Taliban authorities. Washington currently maintains sanctions on the Taliban.

The British government has confirmed officials have begun talks with senior Taliban representatives about securing safe passage out of Afghanistan for British nationals and Afghans who worked with the UK. The British Foreign Office said it was sending extra staff to neighboring countries to help people trying to flee. Some 17,000 people have been evacuated from Afghanistan by the UK. Jonathan Blake reports. Last night, Downing Street confirmed that the prime minister's special representative for Afghan transition, Sir Simon Gass, who chairs the joint intelligence committee, had traveled to Doha. A spokesperson said he was meeting senior Taliban representatives to underline the importance of safe passage out of Afghanistan for British nationals and those Afghans who have worked with the UK over the past 20 years. In a briefing to MPs yesterday, the Defense Secretary Ben Wallace described continuous efforts to help those who remained as Dunkirk by WhatsApp as officials attempt to reach individuals by phone.

World news from the BBC.